3D printers are a relatively new concept to many people. As they become more accessible and the prices get more reasonable, it’s likely that more consumers will consider buying a 3D printer for home use. The HICTOP Filament Monitor Desktop 3D Printer is a versatile piece of equipment that also comes with a reasonable price tag.

This 3D printer is the ideal size for your household if you are seeking 3D printing technology. Once assembled, this 3D printer can create a wide variety of things at home for you.

The HICTOP 3D printer has several features that make it a useful 3D printer for home use.

The printing area is 10.6″ x 8.3″ x 7.7″ and it is large enough in compare to other 3d printers in this category. You can create many different types of ideas and bring them to life like never before with this kind of build size. You might not able to upgrade its print bed if you want to replace it with the larger size.

HICTOP Filament model works with generic filaments both ABS and PLA with the standard size of 1.75mm. But, the manufacturer recommends using PLA for good results. You can also use other filaments depending on your projects such as Wood, HIPS and Flexible. The highlight of this printer is that it has filament monitor. It makes a beep sound whenever filament is closer to exhaust and need replacement. Once filament is reloaded, you can continue to work with your printer.This feature is helpful to save your time and also the filament.

The Frame for this product is made up of Acrylic (Plastic) and Black in color. You might find this frame is gentle compared to all metal frame 3d printers.

The printer also comes with a Heated Bed and has some filament included for test printing.

It is a Single Extruder printer and it works with the temperature range of 180 to  250 degrees Celsius. If you have plans to upgrade for additional Extruder, you will be delighted to know that it supports dual extrusion feature.

Supports SD card connectivity. You can also operate the printer USB too.

This unit from HICTOP is reasonably priced when compared to similar 3D printers from other manufacturers. Being priced at around $320 can allow for many people to get into 3D printing when it may have been inaccessible previously due to the high cost of the printers.

It is designed to detect when it needs a filament refill. The printer has an alarm to notify the user that it needs to be refilled. Once refilled it will continue with the project it was working on without needing a restart.

The HICTOP 3D printer takes standard filament that is easy to find and relatively cheap. Replacement filament can be found in many different colors and is sold in most places where the printers are sold. Most replacement spools are around $20.

The parts included for assembly do have some extras in case of damage or loss while shipping.

This printer has to be completely assembled by the consumer. When received it is basically a box full of parts with directions that may be difficult for some. The process also can take many hours for completion.

The assembly instructions may prove difficult for those who aren’t accustomed to building things similar to a 3D printer. It comes with two assembly PDF instructions on a disc.

The instruction manuals on the included CD do contain some minor errors which may cause issues for someone not familiar with this type of technology.

The printer does not have auto leveling like some other comparable models.

The calibration process may also take many hours to complete. This is not a machine that you’re going to be able to take out of the box and use right away. Preparing the machine for use is quite a long process and may be too much for those who want something they can begin using quickly.

This printer has a very good overall average rating at 4.3 out of 5 stars. Many reviewers are happy with the product once assembled. There are some complaints about the assembly process being long and arduous. Several reviews also include issues with reading and interpreting the assembly instructions. Many reviewers also report good customer service when the need to contact the company arose. There is also some helpful advice in some reviews from previous purchasers on ways to improve the function of the printer once you get it home and begin assembling it. Most reviewers were also very pleased with the performance of the printer along with the quality of items printed, especially for the price. A few of the reviewers talk of modifications they made with the unit once it was assembled. These modifications were needed to make the unit work properly. This may be a great disadvantage to a consumer who isn’t mechanically inclined as they may not understand how to modify the unit themselves.

The HICTOP 3D printer is priced at around $320. When you take into consideration the fact that at home 3D printing is a somewhat new idea, this price is quite low. Comparable models can be priced several hundred dollars more. There are also some similar options priced lower, but upon reading the reviews of these cheaper options, it seems they don’t work as well as the HICTOP. Purchasers of the HICTOP should understand that they may need to buy a few small parts and some adhesive to make the printer more functional as several reviewers recommended adding these extra parts to keep the printer running well. The consumer will need to buy the filament they wish to use as it’s not included with the printer. A small amount is included for test printing and rolls of replacement filament cost around $20-25 based on the material you wish to use.

The HICTOP Filament Monitor Desktop 3D Printer is a reasonably priced 3D printer that should work well for those who have some experience in 3D printing. It requires complete assembly so those who have no knowledge of similar technology may find the assembly process difficult. This is also probably not the best option for beginners to the 3D technology world since it doesn’t feature auto-leveling. Someone who is without knowledge of 3D printing should probably seek out a pre-assembled printer. This would be a great option for someone who has knowledge of the technology and is looking for an affordable kit for their first build. It seems that the company offers good customer service when needed and they offer support in the form of a YouTube channel and Skype, along with the option to email for questions the consumer may have. What truly makes this printer stand out is that it works well once assembled and calibrated. For the price, it’s probably one of the best options available for a kit 3D printer for home use. 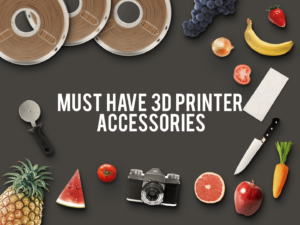 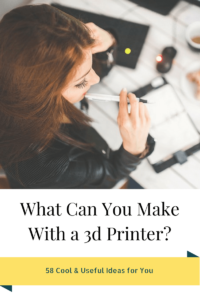